No matter what problems you run into on track day, try to remember that old saying: “it could always be worse.” Maybe your finely tuned turbo isn’t aspirating properly, your lap times are a little sluggish and your year just isn’t going to plan. That’s just what UK race team FC309 experienced throughout 2017. But did they let that get them down? Of course not!

As reported in Fast Car Magazine, in an article titled “Tricky’s Pug 309,” Team FC309 was routinely bumped out of first place takeaways, despite “finishing in the top three every time out.” Even with such a high level of success, they were stuck with the nagging sensation that their work in the garage and at the track could be a whole lot easier. As you probably know, it’s a drag taking 20 minutes (and that’s with a full team) every time you need to use floor jacks and stands to swap tires or get under a car. Even when everything else is going your way, the time and effort it takes to set up those jack stands makes the idea of working on a car simply nightmarish. This is true for professional racers, as well as non-racing weekend warriors.

Not only do jack stands take too much time to set up, it’s hard, as the article notes, to get under a 50 mm chassis with floor jacks. QuickJack, on the other hand, slides under low-stance cars with ease (the FC309 team notes that mere 40mm blocks were still required, but only because their Pug is so low to the ground). In our experience, QuickJack’s low-profile design is a big deal for the thousands of drivers we encounter.

Until QuickJack, there hasn’t been a true race car lift capable of replacing jacks and stands at the track. And it was at the track that Team FC309 chanced to see another team with a QuickJack. They stopped in their tracks (no pun intended) and cried out in unison, “WE WANT ONE!” This was the moment of joy and discovery, and they even refer to QuickJack as “a gift from God.” The rest of their article reads like a paid QuickJack advertisement—one we didn’t have to pay for! Take this line, for instance: “[QuickJack is] by far the best money we’re spent in years.” A gift from God? Best use of your money? What wrencher is saying no to that?

Not every year can be a winner, but time is the one thing no one can get back. QuickJack is specifically designed to give back the time you’ve lost jacking up your car, and it makes working on cars less of a physical strain. It’s the whole “work smarter, not harder” cliché taken to the next level. No garage or track tool is “smarter” than QuickJack. Just ask Team FC309, and the countless other drivers who bring our race car lift to the track and beyond. 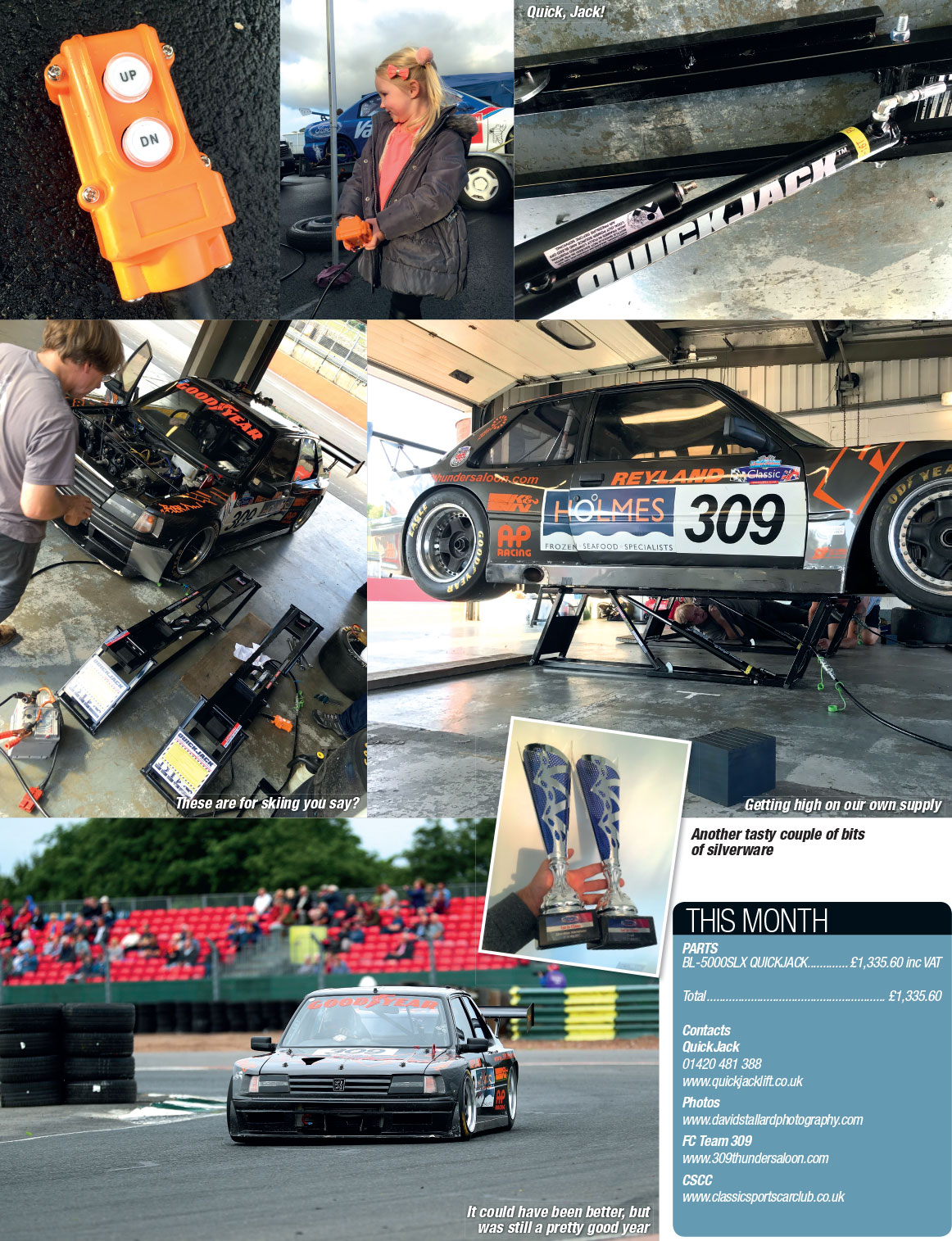